March 15, 2017
Originally published on The BeZine site. Most of the links here will take you there.

The title of David Cooper’s book on Kabbalah invites us to re-think the Creator as Creating: God is a Verb. While I don’t want to equate science to God in a religious sense, I want to borrow this re-conception. Science is creative, creating, if you will, knowledge of the world. Science is a verb.

Too often we get tied down to a concept of science as about facts. However, as Thomas Kuhn describes it in The Structures of Scientific Revolutions, science is a process (hence, verb). The process involves a method (the scientific method), observation, repeated results, and, if repeated results are consistent, an assertion that a hypothesis is likely to be true. However, Kuhn explains that it is also a sociological process where the method and affirmed hypotheses lead to paradigmatic beliefs—models that predict reasonably well future observations.

The paradigms are not easily changed—the paradigm of Newtonian Mechanics, which work very well in most real-world situations, did not easily yield to Relativity and Quantum Mechanics even as Newtonian physics accumulated observations it couldn’t explain while quantum physics explained more and more. As a model for most human activities on Earth, though, Newton’s model still works. It’s when boring down to atomic particles or moving out into massive astronomical systems, or specific cases like black holes and light itself, that we need Quantum Mechanics.

The different (and often competing) models—also known as theories—are products of science, the verb. The scientific process refines, overturns, explores new models. Science, at its best, produces closer and closer approximations of the actual universe it models. This is different from a belief in an unwavering truth or an ideology—in part, because it relies on observation and corrections if observations do not show what the model predicts. And second, because science does not make truth statements but, rather, probability statements. Sometimes, the probability approaches 100%, sometimes only 95%.

The flexibility that comes from self-correction unfortunately also provides ammunition for “science deniers,” such as those who deny climate change. As science is a process and models do change, as models are based on predictive ability and that ability is not 100% even in the best cases, those whose ideology or greed get in the way of accepting the predictions (even the very strongly likely ones) often claim the whole model is “unreliable,” or point to earlier results that required corrections to the model in order to discredit the whole theory. Yet, those who object do not offer an alternative model that does stand up to the process of scrutiny, repeated results, and reliable prediction of future events. They often offer no alternative at all.

At its outer theoretical spheres, the science verb sometimes takes us to conversations that sound like mysticism—as do some of aspects of that mysterious energy, light. Humans have a long cultural (and religious) history with light. Arthur Zajonc’s book Catching the Light: The Entwined History of Light and Mind provides a wide ranging cultural and inter-cultural exploration of human understanding of light through history. In the end, Zajonc re-connects current quantum physics concepts with those from ancient myths as accurate metaphors (or analogies). Zajonc, a professor of physics at Amherst (now retired), has studied culture, mind and spirit in relation to physics from his perspective as a physic working in quantum optics (for example: The New Physics and Cosmology: Dialogues with the Dalai Lama, one of his better known books).

In a very real sense, the verb science interacts with arts and culture. It is an active process of human society, a developed methodology for producing close observations and repeatable results to help us build models that predict future results under different conditions. It is not a series of facts, but rather a system of understanding and predicting creation. In this way, it actively creates the world, literally as we know it. And it has influence culture. Certain newly (re)discovered understandings from mathematics helped European artists develop perspective in painting. A recent example, Chaos Theory, with its fractals and butterfly effect, has influenced art, music, and literature, and not just with science fiction movies.

In this issue, we celebrate, explore, and raise questions involving science, culture, politics, and religion. John Anstie and I both contribute poems that have sub-atomic particles at their centers, but are not (only or even mostly) about them. Naomi Baltuck explores Galileo through the Musee Galileo, in another one of her marvelous photo-essays. An sampling of snippets from science take us through “Science in culture, politics and religion”  in Corina Ravenscraft’s exploration of connections. In “A Life,” Michael Watson gives a highly personal account of his own encounters and loves with different ways of understanding — or knowing — embodied in the theme’s elements of science, culture, religion, and politics. Current politics seem to attack the different approaches each has to offer. Phillip T. Stevens begins with Chaos Theory and moves into myths, the myths of myths, as it happens. Hearts, Minds, and Souls, by John Anstie, considers the theme from a socio-political framework, considering societies need to control as one of many elements in shaping science, culture, and religion through politics.

The issue has much more to offer— fiction by Joseph Hesch and lots of poetry by Jamie Dedes, Renée Espiru, Priscilla Galasso, Terri Muuss, and Phillip T. Stevens. The more light section has three more poems that are not directly related to this month’s theme, but we wanted to share with our readers at this time.

“It is frequently the tragedy of the great artist, as it is of the great scientist, that he frightens the ordinary man.” Loren Eiseley (1907 – 1977), American anthropologist, educator, philosopher, and natural science writer

This issue of The BeZine is dedicated to scientists the world over, especially those who are conscientiously fighting to preserve this earth, its people, and scientific integrity. Throughout history scientists have met with the same skepticism they face in some quarters today. They were sometimes misunderstood and crudely punished. Alan Turing comes to mind first, cruelly treated after being of enormous service to his country.

I think of  Rhazes (865-925), a forward-looking medical scientist who wrote a compendium of all that was known about medicine in his time.  He was beaten over the head with his book, went blind and was unable to continue his work. Galileo’s (1564-1642) insight and honesty was labeled heresy. Albert Einstein’s (1879-1955) books were burned. Henry Oldenburg (1619-1677) was suspected of spying when he sought to acquire and publish worthy works by people outside his own country.

The tensions between ignorance and cognoscence continue today. So much so that in my country scientists are planning an Earth Day march on Washington to protest the current regime’s dismantling of climate protections. Members of many scientific and research groups are scrambling to archive government data they believe could be in jeopardy under this new regime.

Many thanks this month to Michael Dickel for having my back on this issue and for his distinguished contributions. Thanks also to all our supporters – especially Terri Stewart, Charlie Martin, Chrysty Darby Hendrick, Ruth Jewel, Lana Phillips, Sharon Frye, Silva Merjanian, M. Zane McCllelan and Inger Morgan and to this month’s contributors (not in any particular order) Priscilla Galasso, Corina Ravenscraft, Joe Hesch, Michael Watson, Naomi Baltuck,  John Anstie, James R. Cowles, Terri Muuss and Pat Leighton. All are valued as we pursue this small effort in the name of peace and understanding.

New to our pages this month is Phillip T. Stevens. Phillip tells me he spent most of the eighties and nineties as a community and arts activist. To pay his bills he taught writing and visual design to community college students and at-risk youth for the Texas Youth Commission. He published four novels, two volumes of poetry and academic papers (including a series of articles on the role of metaphoric thinking in the development of scientific theory and religious belief for the International Journal of Religion and Spirituality in Society). Phillip lives with his wife Carol in Oak Hill, Texas, where they rescue abandoned cats for Austin Siamese Rescue.

And here we are. Thanks to the efforts of many, we leave the March issue in your hands. Enjoy and …

Be inspired. Be creative. Be peace. Be …

On behalf of the Bardo Group Beguines
and in the spirit of love and community,
Jamie Dedes, Managing Editor

Science in Culture, Politics and Religion

To Read this issue of The BeZine

Once Upon a Sea Green Day, Jamie Dedes
Purim Fibonacci, Michael Dickel
How Can It Be, Ann Emerson
What Can I Say, Terri Muss
Spread of Fear, Carolyn O’Connell

CONNECT WITH US
Daily Spiritual Practice: Beguine Again, a community of Like-Minded People 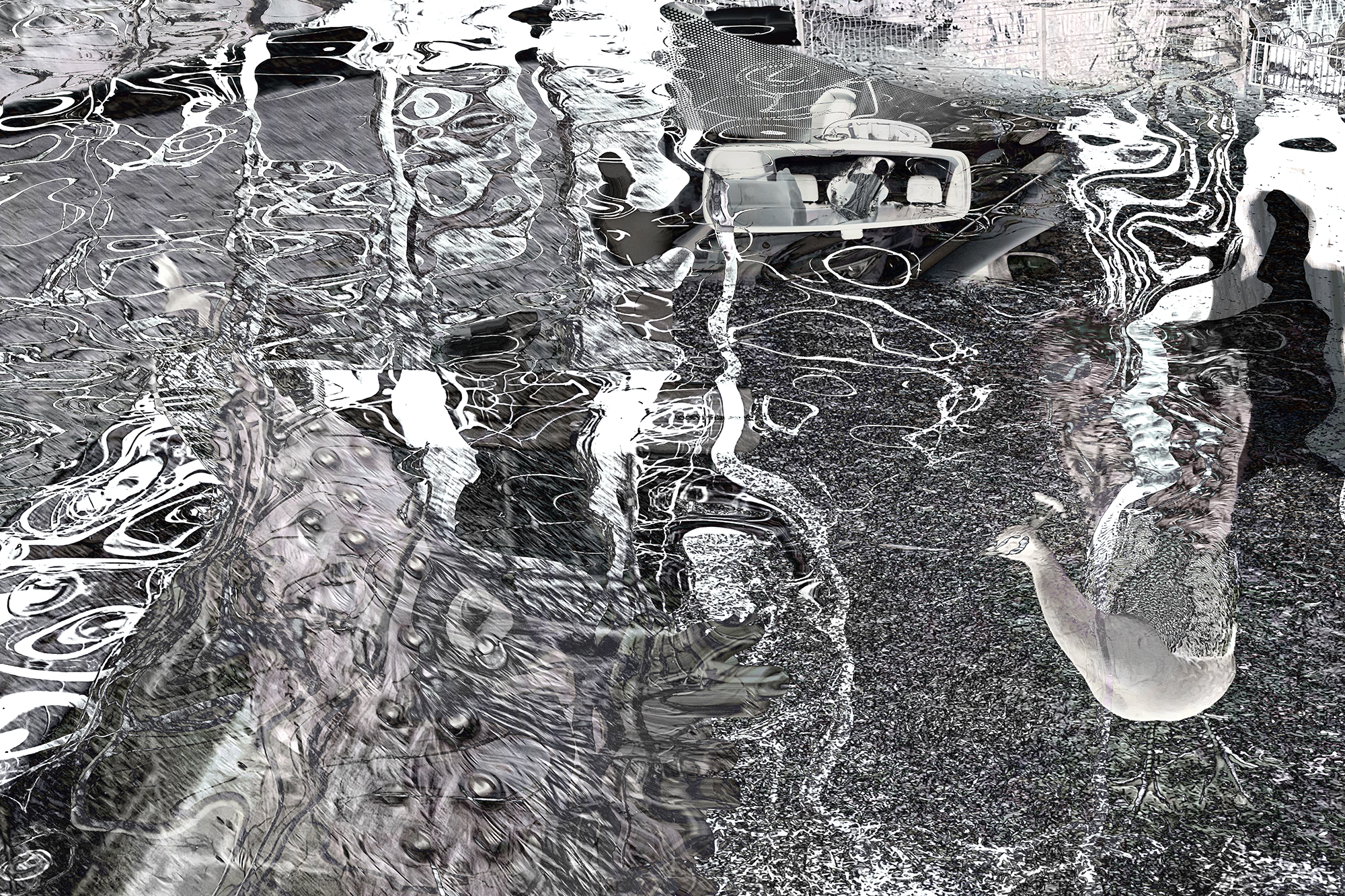