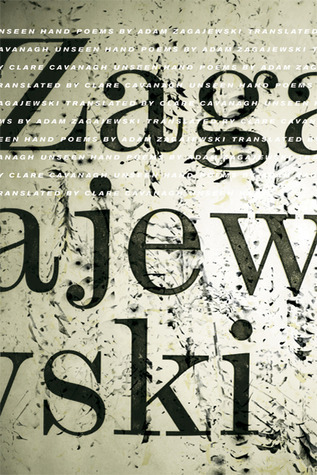 by Tim Buck and originally published in Spectralyre (an online journal, recommended) and presented here with permission.

A marvelous poem is composed of what’s on the page and what hovers like a ghost. Combined, those two aspects make up a glowing artistic volume. The written half of a marvelous poem transmutes segments of being into supple images and other inscribed substances — memory, metaphor, irony. That other, unwritten half, existing abstractly and silently, is made up of enriched consciousness, large time, and metaphysical atmosphere. Those three aspects lend the poem an aesthetic weight, a confident flair, an artistic momentum.

Poems that aren’t marvelous are almost always what’s on the page. Even accounting for an occasional quality flourish of textured mood and symbol, the un-marvelous poem betrays its deep artistic lack by not containing stuff that’s not there, that’s not written on the page. Instead of bringing enriched consciousness, large time, and metaphysical atmosphere to implicit presence and effect, an inartistic poem contents itself with shrunken spaces of personal and cultural experience. Also, an acquiescence to academic persona — to routinized materials of attitude and saying — results in spiritual anemia, small occasion, and airless being. It’s only what’s on the page. It’s surface and ego. It’s missing an unwritten aura.

There are, thankfully, exceptional poets today who do write in the haunted, elegant, and expansive style.

The poems of Adam Zagajewski allow unusual depth to happen and aesthetic presence to manifest. His work isn’t missing the glow, the echo, and the ambiance of what’s not written. The everyday therefore becomes clothed in subtle qualities of unexpected significance. It’s as if a strange luminescence has been added to ordinary light, imbuing written substance with In his poem “Luxembourg Gardens” from Unseen Hand, Zagajewski creates a sense of quiet and marvelous drama out of what trembles beyond the self:

Foreignness is lovely, a cold joy.

Yellow lights illuminate the windows on the Seine

(something truly enigmatic: other people’s lives).

Also from Unseen Hand comes the poem “Faces”. Here, the poet conjures from normality a volume of aesthetic savor and suspense:

I thought that the city is built not of houses,

How does a writer of poems learn how to make poems that have another, unwritten half? How did the marvelous, exceptional poets like Zagajewski acquire enriched consciousness, accumulate large time, absorb metaphysical atmosphere?

In Zagajewski’s case, he is appreciative of classical music, especially sensitive to the works of Schubert and Mahler. An aspiring poet should consider saturating himself or herself with the music of Schubert and Mahler. Something significant that is intangible and ineffable might arc from ear to page, enriching the page with unwritten aspects.

Zagajewski’s essays, in addition to his poems, teem with much more time than the now. An aspiring poet should consider saturating himself or herself with history, especially keeping alive the textured worlds of great dead poets. Something peculiar having to do with old clocks and forgotten graveyards might rub off onto one’s work, enlarging its scope and spirit.

Most poets today write a sort of strident, over-confident verse. Orientation in these poems is a view straight onto materiality and personal circumstance. No buffering spiritual distance separates poet from his precipitate language, no suspicion that language itself is a form of unknown being. An almost hectoring absence of contemplative space and mystical concern makes today’s poetry a trial to endure. Zagajewski strives for what he calls “metaphysical modesty.” He also thinks about the problem and the possibility of hope in an absurd and deathly world. An aspiring poet should consider saturating himself or herself with the ideas of, say, Plotinus, Kant, and Unamuno, with the novels of Dostoevsky and Kafka, with the films of Bergman and Tarkovsky. If you’re unaccustomed to thinking about existence as such, about art as a mode of possible transcendence, perhaps you could work on that. Something weird might leak in, causing one’s poems to softly fill with paradox and wonder.

Poets should be conduits of the unwritten, of the unseen. A poem doesn’t have to be about or even mention music, history, and philosophy but should be infused or imbued with those elements.