The winners of The London Book Fair International Excellence Awards, in association with The Publishers Association and sponsored by Hytex,  announced at a prestigious awards ceremony held on the first day of LBF.

French publisher Actes Sud took home The Bookseller Adult Trade Publisher Award and was commended for its “depth and breadth of publishing, second-to-none design and production values, and a ground-breaking list”. The judges also praised its imprint Sindbad “which champions writing from the Arabic and Muslim worlds”.

In a new category for 2016, The Bookstore of the Year Award went to Melbourne-based Readings for “its community outreach, support of Australian authors and its help for non-profit organisations working on literacy initiatives”.

The US had another successful year at the awards, with two wins overall. Words Without Borders won The Publishers Weekly Literary Translation Initiative Award with judges reflecting that “literature in the translation sector is flourishing with momentum, passion and innovation”. In The Global Rights 365 Literary Agent Award category, New-York-based The Barbara J. Zitwer Agency, who had previously been nominated for The Outstanding Contribution Award 2014, took the crown and was praised for “for the grace and persistence of her dealings”.

China had a fantastic night and was awarded two highly coveted prizes. The BookBrunch Children’s and Young Adult Trade Publisher Award was presented to Jieli Publishing House Co. Ltd because of “its broad and inclusive approach” and its catalogue reflecting “the best of both home grown and international authors and books”. Meanwhile, China also won the Market Focus Achievement Award as accepted by government owned CNPIEC (China National Publications Import & Export).

Jacks Thomas, Director, The London Book Fair, said: “The awards represent the very best the publishing industry has to offer across the globe, and we were delighted to see winners from countries as far afield as Sudan, France, Poland, New Zealand and Brazil. For me, meeting and celebrating these publishers’ hard work, dedication and talent is such a fundamental part of the Book Fair. It is these inspiring companies and people around the world who make publishing such a special industry, that I am privileged to work in.”

Stephen Lotinga, Chief Executive, The UK Publishers Association, said: “The International Excellence Awards provide an incredible opportunity to recognise achievements within the publishing industry globally. It showcases the wealth of cultural diversity driving the production of enriching works enjoyed by people worldwide. From France to New Zealand, from Sudan to China, the commitment and dedication demonstrated by the publishers has been none other than inspirational and it has been an honour to hear their stories and celebrate as part of the London Book Fair.”

The full list of this year’s International Excellence Awards winners is below:

· The Bookstore of the Year Award
o Readings (Australia)

Also hosted on the night was a selection of awards held in association with The London Book Fair:

The awards, which celebrate international excellence in the book industry, cover the whole scope of international publishing, including academic and scholarly publishing, children’s publishing, literary translation and digital innovation. In each award category the judging panel was made up of experts in that sector.

The awards were presented at The London Book Fair, London Olympia Conference Centre on Tuesday 12th April. The drinks reception was sponsored by UKTI. 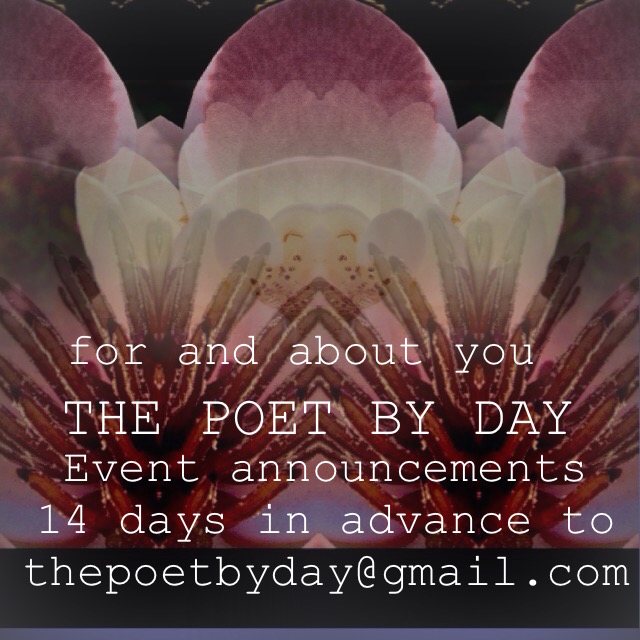 BACK TO THE FUTURE: CUBAN SCI-FI NOW, Words Without Borders event at The Bronx Museum of Arts, Wednesday, May 25, 7 p.m. “Discover the world of Cuban science fiction at a bilingual reading with Anabel Enríquez Piñeiro, Erick J. Mota, and Yoss, whose far-out work is featured in the May issue of Words without Borders edited by Esther Allen and Hillary Gulley. Deji Olukotun (Nigerians in Space) will moderate a discussion about this exciting literary frontier that adds new dimensions to our perception of the island nation. Reception to follow.” Details HERE

THE GREAT INDIAN POETRY COLLECTIVE POETS PRIZE Deadline: May 15, 2016 Guest Judge: Arundhathi Subramaniam, Guidelines for The (Great) Indian Poetry Collective’s Emerging Poets Prize & Editor’s Choice Award “The (Great) Indian Poetry Collective is a mentorship model literary press, bringing new poetic voices from India to the world. We are a not-for-profit, shared work literary press publishing and promoting poets with a connection to India/Indian diaspora. The Emerging Poets Prize will help nurture and bring out new poetic voices from India, the diaspora and those that have a meaningful connection to India.” DETAILS HERE

GLIMMER TRAIN New Writer Award: 1st place $2,500, and publication. “Open only to emerging writers whose fiction has not appeared in any print publication with a circulation over 5,000.

“The 1st-place winner will be published in Glimmer Train and will receive 10 copies of that issue. Second-and 3rd-place win $500/$300, respectively, or, if accepted for publication, $700. Winners and finalists will be announced in the September 1 bulletin, and contacted directly the previous week.

SECOND LIGHT POETRY COMPETITION FOR LONG AND SHORT POEMS BY WOMEN 2016 – JUDGE ALISON BRACKENBURY will read all submitted entries. Brackenbury’s work has received an Eric Gregory and a Cholmondeley Award. She has appeared on many BBC Radio poetry programmes, most recently on Radio 4 in July 2014. Her 8th collection is Then and her 9th collection, Skies, was published this year (both Carcanet). RULES & ENTRY HERE

£150 Second Prize (1 poem from either category)

£75 Third Prize (1 poem from either category)

Winning & Commended Poets published (in full or extract) in ARTEMISpoetry

A London reading for winners.

Entry: £6 each per long poem. Short poems: £4 each or £9 for 3, £14 for 8. Enter by post (2 copies) or online.
**Members are entitled to one free entry into the competition. Join now to be eligible. MEMBERSHIP INFORMATION HERE**

THE BeZINE (HERE) theme or May is The Books That Changed Our Lives. Submit one or two paragraphs on a book that changed your life and why and include a two line bio. Submission Guidelines HERE. Mission Statement HERE. Submit via email: bardogroup@gmail.com DEADLINE MAY 10

COPYRIGHTLAWS.COM, copyright, licensing, digital property. “For 18 years, Copyrightlaws.com has been the portal for copyright and licensing information for creators, owners, distributors, and consumers of content.” MORE

WORDS WITHOUT BORDERS (HERE) “has as won The 2016 London Book Fair/Publishers Weekly Literary Translation Initiative Award! Founding editor Samantha Schnee and editorial director Susan Harris  were at the ceremony to receive the award. “One of the London Book Fair International Excellence Awards, the Literary Translation Initiative Award celebrates organizations that have succeeded in raising the profile of literature in translation, promoting literary translators, and encouraging new translators and translated works.”

THE POET BY DAY SUNDAY POESY

Submit your event, book launch and other announcements at least fourteen days in advance to thepoetbyday@gmail.com. Publication is subject to editorial discretion.