“My team decided that the only way to attempt to defend this monstrous approach [Stalin’s] to state-building was to reject everything our opponent team would hold dear: all concepts of democracy, the value of the individual, the moral responsibility of leadership.” MORE

Meg, a poet and the esteemed founder and curator of Resistance Poetry, a publication on Medium, has posted a profoundly important collection, absolutely worth your time. However, at the very least, please take a moment to read her short but sharply pointed intro to the collection HERE.

To develop the list of most checked out books, the Library evaluated a series of key factors—including historic checkout and circulation data (for all formats, including e-books), overall trends, current events, popularity, length of time in print, and presence in the Library catalog.

The Snowy Day is the hottest book in town. The beloved, innovative, award-winning children’s story, written and illustrated by Ezra Jack Keats, is the most checked out book in The New York Public Library’s 125-year history.

For the first time, a team of experts at the Library analyzed a series of factors to compile the ten books that have been borrowed most since The New York Public Library was founded in 1895. This list as well as a limited-edition library card and MetroCard featuring artwork from The Snowy Day—launch a year-long celebration of The New York Public Library’s 125th anniversary.

To develop the list of most checked out books, the Library evaluated a series of key factors—including historic checkout and circulation data (for all formats, including e-books), overall trends, current events, popularity, length of time in print, and presence in the Library catalog. The full list: 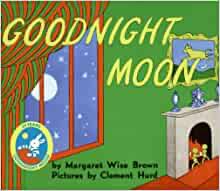 The list also includes an honorable mention: children’s book Goodnight Moon by Margaret Wise Brown, which would have been among the system’s top checkouts if not for an odd piece of history: extremely influential New York Public Library children’s librarian Anne Carroll Moore apparently passionately disliked the book. Consequently, while it was published in 1947, the Library didn’t carry it until 1972.

Margaret Wise Brown (May 23, 1910 – November 13, 1952) was an American writer of children’s books, including Goodnight Moon and The Runaway Bunny, both illustrated by Clement Hurd.

The Snowy Day, in print and in the Library’s catalog continuously since 1962, is a charming, beautifully-illustrated tale of a child enjoying the simple magic that snow brings to his city. It is one of the Library’s top circulated books every year (across all neighborhoods). Andrew Medlar, director of the Library’s BookOps selection team and one of the experts who helped compile the list, attributes the book’s success to its universal appeal, its fame (being a Caldecott winner and one of the earliest examples of diversity in children’s books), its wide availability in other languages, and its many years in print.

“At the end of the day, though, it’s all about the story, and it is absolutely brilliantly told,” Medlar said. “It is such a relatable story, and pure magic for kids and adults alike. It’s on people’s radar screens, they remember when they first heard it, and they want to share that experience with their kids. And the artwork is just gorgeous.”

Brooklyn-born Ezra Jack Keats (1916 – 1983) was an American writer and illustrator of children’s books. He won the 1963 Caldecott Medal for illustrating The Snowy Day, which he also wrote. Keats wrote A Letter to Amy and Hi, Cat! but he was most famous for The Snowy Day. It is considered one of the most important American books of the 20th century. Keats is best known for introducing multiculturalism into mainstream American children’s literature. He was one of the first children’s book authors to use an urban setting for his stories and he developed the use of collage as a medium for illustration.

There are several key criteria that appear to influence whether a book is a top checkout:

More information on the Library’s 125th Anniversary celebrations is available at nypl.org/125.

(R)Evolution — 4 poems
Changming Yuan provides provocative poems for our times in this blog post from The BeZine.

The BeZine live 100TPC event, this year in the midst of a global pandemic, racial tensions worldwide but particularly focused around the U.S. Black Lives Matter movement, & raging wildfires related to Climate Change; & war, as always.