APRIL 24, 2017 HALI Poetry Workshop with NEW YORK poet, Russ Green – This monday evening Russ will be leading a workshop  Hands Across Long Island. Russ and attendees will discuss some poems and explore personal creativity with words in a safe, inclusive, non-judgemental environment with the goal of creating excitement and inspiration to write. It is open to to all levels. Beginners are very welcome. Admission is FREE. Facebook Event Page Russ’s poem Firesong was featured in the January issue of The BeZine.

RUSS GREEN is a Graduate of Hofstra University. Over the years he has been co-editor at Great Weather for Media and has put on poetry and arts events around Long Island and NYC in addition to hosting and curating poetry stages at various festivals. Russ has read his work from New York to New Orleans to Santa Fe and cities in between. He is currently focusing on humanitarian based events. His first book, Gimme Back My Radio, is out with Night Ballet Press. In addition, Russ has been published in a number of anthologies. He can usually be found communing with the mountains in Vermont with interesting artist friends or roaming the docks of Port Jefferson Harbor at night looking for signs of life in the starry night sky.

EARTH DAY 2017 Tomorrow is Earth Day and scientists are implementing a march on Washington D.C. and people all over the world are marching in support of science. To REGISTER FOR A MARCH IN YOUR AREA and to find out where there is one in your area link HERE.

There is no Planet B. Join the #MarchForScience.

RISE Anthology, an anthology of Power and Unity is scheduled for this evening from 7 pm to 10 pm in San Francisco at The Beat Museum, 540 Broadway at Columbus Aven., San Francisco 94133 Bay Area poets include: Jack Hirschman, Dorothy Payne, Nina Serrano, Fred Dodsworth, Dee Allen, Ike Torres, Tim Kahl, Mahnaz Badihian, Karen Melander-Magoon.  A painting Via Ferlinghetti will be unveiled. The event is hosted by Vagabond Books. 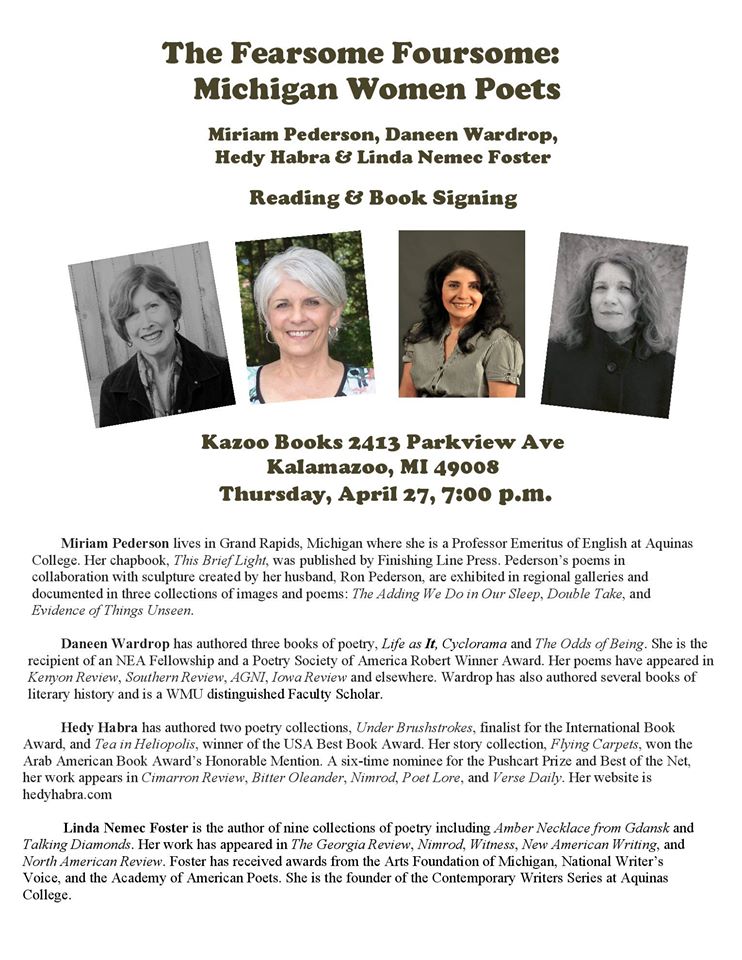 In accord with the wish of the ALSCW to foster and recognize excellence in literary criticism at the secondary school level, the ALSCW invites students in grades 9 through 12 to submit essays on works of recognized literary merit. Papers may examine style, characterization, rhetorical technique, structure, and so on, and may be about individual poems, short stories, novels, plays, or essays. Papers may also compare two carefully selected works.

The judges value lucid and lively expression, conceptual maturity, and argumentation that is developed from compelling and careful attention to specific passages. They do not seek term/research papers, but hope to receive carefully crafted interpretive and analytical essays of 1500 to 2500 words. Essays written in fulfillment of school assignments are welcome.

To be eligible for the prize, students must be a member of the ALSCW or be sponsored by a teacher or high school that is an ALSCW member. For information about joining the ALSCW, go to www.alscw.org.

Entries must be postmarked no later than June 15, 2017. Three copies of each entry (only one with the student’s name on it) must be sent with proof of ALSCW membership and WITH THE DOWNLOADABLE ENTRY FORM (see below): 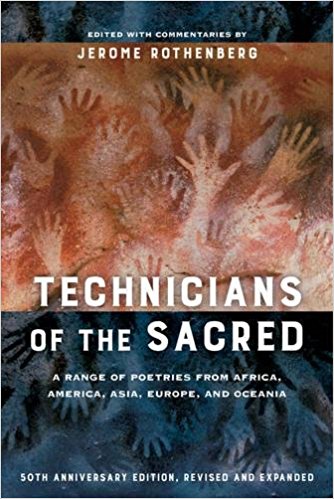 The University of California announced the 50th Anniversary Edition of Jerome Rothenberg’s Technicians of the Sacred in honor of National Poetry Month. It is available for pre-order HERE. This third edition will launch on August 8, 2017.

Jerome Rothenberg is an internationally acclaimed poet and anthologist. His more than ninety books include the multi-volume Poems for the Millennium, coedited with Pierre Joris, Jeffrey Robinson and John Bloomberg-Rissman. He is Professor Emeritus of Visual Arts and Literature at the University of California, San Diego.

It’s Earth Week! This week, clean energy legislation is being introduced in Congress and “marches for science” are happening all over the world. For this Justice Action Monday (JAM) Rev. Ben Meyers and the members of the Unitarian Universalists of San Mateo (UUSM) invite neighbors in North Central San Mateo to stand up for environmental justice and sustainability. We’ll take five actions, from writing postcards to Congress and social media activism to lobbying companies to ban plastic packaging. We’ll also be offering training for those who’d like to co-facilitate future JAM sessions. Let us speak up together for our beautiful planet this Monday (April 24th) from 5:30 p.m. – 6:30 p.m. at …

“Love is active, not passive. It is our love for one another, for Mother Earth, for our fellow creatures that compels us to act on their behalf.” Laurence Overmire, The One Idea That Saves The World: A Call to Conscience and A Call to Action

A Time for God This is the time for God, for a roaring sonorous voice, a biblical moment, indeed, when we’re shouldering the slaughtered daily, trying to assuage the fire of fear in and around us, when leaders spring forth and speak with the hallowed tone of the ancient tabernacle. Ages old salt smells, a […]

I need to air out my brain I say to the walls that never reply will they miss me? will they even notice I am gone? I clip on my helmet and mount my bicycle she is stiff not an easy ride but she has taught me so much as my feet spin slowly the […]