“Think for a minute, darling: in fairy tales it’s always the children who have the fine adventures. The mothers have to stay at home and wait for the children to fly in the window.”  Audrey Niffenegger, The Time Traveler’s Wife

My mother’s birthday was really yesterday, not today. For some reason, I couldn’t bring myself to write anything.  As part of another poem last week I wrote two lines: “The shock of the corpse that/Once was your mother.” I might be feeling rather somber this year since the reviews I’m working on are of Through My Father’s Eyes, a chapbook from Sheila Jacob, a memorial to her dad who died when she was fourteen and also The Last Parent, a collection by Anne Stewart. Neither book is without light and Anne’s work is marked by that sort of macabre humor that helps us survive our dark moments. Everyone who has lost a parent or parents will relate though: let’s face it, no matter how old you are when you lose your parents, you become an orphan.

When I think of my mom, I remember the beauty of her rare smile, her love of the Greek Mariner’s Hats she bought at Fisherman’s Wharf, and how enamored she was of her grandson and my cousins, Chris and Dan. Those three could do no wrong; and indeed, they were the most charming lovable boys and grew to be smart, compassionate, and funny men.

One of my other main memories of Mom is how hard she worked (no doubt where I got my own work-ethic) and how much her identity and self-esteem rested on her occupation, though clearly she found it less than rewarding. Unlike all of us who probably had our writing for most of our lives, she didn’t have a creative outlet until she retired. Despite the crafting she did in her maturity, when she was moving toward coma, she was working on an invisible (to us) 10-key adding machine on her knee. The fingers of her right hand never stopped. So, written some years ago, this …

the echo of her sighs

© 2015, poem and photograph, Jamie Dedes; illustrations below, courtesy of PDclipart.org

We’re sure – positive! – this finds you knitting ski caps for the angels, not pounding a 10-key for the man. 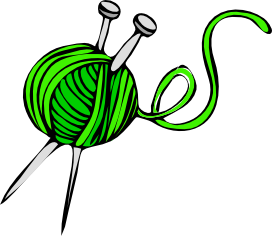 A homebound writer, poet, and former columnist and associate editor of a regional employment newspaper, my work has been featured widely in print and digital publications including: Ramingo’s Porch, Vita Brevis Literature, Connotation Press, The Bar None Group, Salamander Cove, I Am Not a Silent Poet, The Compass Rose and California Woman. I run The Poet by Day, an info hub for poets and writers and am the founding/managing editor of The BeZine.