“The heart of a women is like an  ocean, thus she must be proffered a free platform to express concerns, to speak rights, to voice against wrongs, to sing experiences and more.” Mbizo Chirasha

Originally published in Cultural Weekly, this is Mbizo Chirasha’s acknowledgement of some of the activist poets featured by Womawords Literary Press, which is dedicated to giving space to the voices of women and girls. I am touched to be counted among them and to be included in Mbizo’s feature here. Womawords Literary Press is also the co-host of The BeZine‘s International Poetry Month April 2020 series of daily poetic offerings in celebration of the month beginning on April 1.  / J.D.

Speaking in poetic tongues is an homage to the evangelists of resistance and poetic prophetesses. The women poet wordslingers wielding their pen weaponry to unchain the world from the pressing yoke of stereotypes and the hard granite rock sufferance perpetuated by unrepentant moral morons.

as we stand the ground of one another’s battles
where peace would be evolutionary and
the unholy alliance of wealth and fear-mongering
might burn itself out, find its way into justice,
but here we are, once again, in thrall to the
sociopaths, they have us bloodied and bound ~
their eyes are the aged face of clockwork orange,
numb to the obscenities of maim and murder … The griot in JAMIE DEDES is dared–daring. The tone as accompanied with the hard- rock verbiage is sarcastic but riotous. Racists are jabbed by defiant swords of satire. Poetry Spaces are poetry washed into oxy-moronic fields of peace. Corrupt landlords, warlords and tyrants are roasted by flames of metaphor. Dedes irony exorcise political demons and rattles the grip of economic dare-devils. Jamie Dedes is a Lebanese-American writer and activist. In another lifetime, she was a columnist, a publicist, and an associate editor to a regional employment publication. She’s had to reinvent herself to accommodate chronic and catastrophic illness, which has her home-bound, often bed-bound. The gift in this is time for literature, her primary passion, and social justice advocacy, her primary mission.

America is a blessing; it is blessed with the gift of word evangelist. It is the land of abundant literary arts culture talent. TRACY YVONNE BREAZILE‘s double edged razor sharp cutting poesy scythes against weeds of earthly stereotypes of political barbarism. Unsparingly ,the razor sharp tip of her poetic machete slice through Africa in quest for the freedom of her earth mates “Zimbabweans,” writhing under the heavy yoke of unbridled corruption as they suffocate from toxic, choking and command politics.

I gather my confusion and stutter my truths,
As you unleash your lightning bolt into the thicket,
Crashing into the night with a raging fire,
I dance with the embers ‘till morning light,
While you devise an avalanche to extinguish the fire,
You dropped your mask and it tumbled to the ground,
In the dust of the avalanche, beneath the rubble of your pedestal, 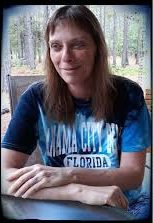 I will leave you there to mind your mazes,

I hear the poetic giggles echoing from beyond century hills reverberating foothills of Kirinyaga Mountains. Nancy Ndeke is an African prophetess, her to poetic tongues echo the foothills of Kirinyaga mountain, her writings are pregnant with African emotion and spiritual resonance. She writes of her kindred, WOMEN with a bold spirit and an aura of sisterly stubbornness. Her pen jives on page leaves like a rock rabbit dancing to earthly acoustics of wind, tree branches and discordant village songs. Ndeke’s poetry is the tenor of deep but soft flowing river, the rhythm abound is undeniably scintillating. You need a calabash of fresh spring water to wash down the poetry dinner of realism, metaphor and satire.

……………Is less of the individual, and
More of the community, meeting as equals,
At the intersection of connectedness
The hubris,
That rules empires with iron tanks and nuclear weapons
The feel good notion,
That sets colors apart in racism,
Are months that blow evil dust on the arena of life’s rainbow
There is no joy whatsoever
In fear, in anger
With greed, with bigotry,
Peace flees, NANCY NDEKE is a Poet of international acclaim. Her writings and poetry are featured in several collections, anthologies and publications around the globe including the American magazine Wild Fire, Save Africa Anthology, world Federation of Poets in MEXICO.

The Armenian spirit HOKIS returns the echo with indomitable metaphoric incantations. Here poetry walks confidently in the spirit land. Hokis is the Founder and Senior Editor of Headline Poetry and Art Magazine. She believes in supporting a range of voices at various stages of their craft for this is the most impactful design of grassroots revolutions. She envisions Headline as a platform that exemplifies the beliefs that all poetry is political and reflection is essential to effectively reshape conversations and culture—for writers and readers alike.

the let loose moments
of garbled wrappers and stenched bottles
drizzled over our bedside table
like syrup on empty caloried
memories. Again, We walk through the holy sands of Cape Verde to harvest voices of souls dead and walking. GLORIA SOPHIA is a deep, versatile and powerful Cape Verde-an poet with three published books and some more contributions in a number of anthologies. The poet is a creative began. She cultivates her creativity with determination and the required zeal. It is very critical to give poets, like Sofia creative spaces suitable platforms for purposes of growing them into literary stardom. Nordic Europe have its on share of poetic prophets. Wisdom is not sold but served in cafes, restaurants, galleries and bookshops. DOLORES MEDEN is a versatile and a genius poet who mastered the power of art and the versatility that is found languages. She writes her poetry and translates them herself. She infuses her writings with visual artist’s drawings to bring about to the reader historical references of art, humanity and just life. ALLUSION is one great element of literature and most reader respect reference, history and currency

To read is resistance
to stupidity
to ignorance
to the unhealthy
relationships
you once
escaped from. Meden was born in Sweden by Croatian parents and have lived there all her life. A graduate of Bachelor of Arts in History of Religion. She also studied some languages, mostly Slovene and Chinese. The sun rises from the East and its rays bathe the world. The earth becomes beautiful and creative abundance is gathered to heal the world. MIROSLAVA PANAYOTIVA is one great poet of national and international repute in Bulgaria .Her themes are diverse from nature to confessional poetry, her style unique and her diction versatile. Her verses carry scintillating rhythm.

In the grass of the night,
in the sleeping mystery,
in the expiring pencil
to the blue notebook,
I outline the sunset

© 2020, introductory text, Mbizo Chirasha; poets poems and photographs are under their own copyright.

Womawords Literary Press is a complex of efforts, the heart-child initiated and curated by Zimbabwean poet activist in exile Mbizo Chirasha (Mbizo, The Black Poet).  You can read an interview of Mbizo on Womawords and the opportunities offered there to women HERE.