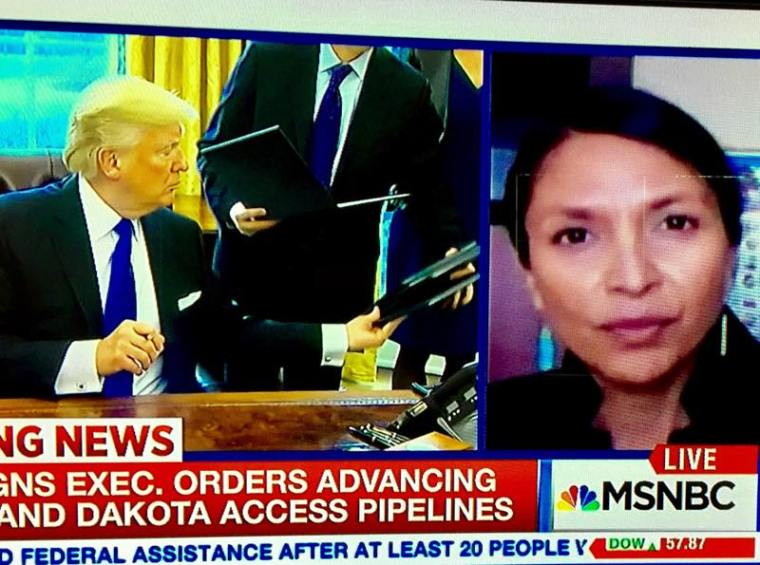 This message is from PEN Center U.S.A. Feel free to re-blog or link to this post.

PEN Center USA objects to the arrest and the charges made against Native American journalist Jenni Monet (her website), who was covering protests against the North Dakota Access pipeline in North Dakota.

“Monet was wearing press credentials as she covered ongoing protests near the Standing Rock reservation. She provided her credentials to an officer when asked, but was arrested Feb. 1, at 4 p.m., Central, near protest encampments along Highway 1806. Monet was held for about thirty hours and was not released until 9 p.m., Feb. 2. She faces charges of criminal trespassing and engaging in a riot from Morton County prosecutors.” High Country News

We call on Wayne Stenehjem District Attorney of North Dakota to drop these charges immediately.

“I believe in the resistance as I believe there can be no light without shadow; or rather, no shadow unless there is also light.” Margaret Atwood