I’ve been so enjoying Linda Ibbotson’s Facebook and blog posts about her travels, art and poetry readings and thought some of you might enjoy her site as well. She’s done a wonderful post on Contemplating the Muse, Linda Ibbotson/Poet, inspired by a recent adventure in Venice, a taste of which is included below today. To read the entire post and see the fabulous photographs she included link HERE. You can link to pianist Ivan Ilić’s site HERE. / J.D.

“When I seek another word for ‘music’, I never find any other word than ‘Venice’.” Friedrich Nietzsche. 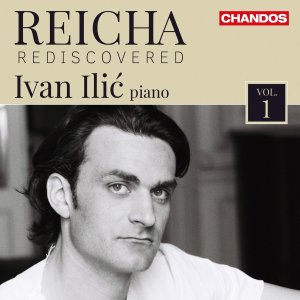 When pianist Ivan Ilić announced his cd Reicha Rediscovered was to be launched in Venice at the magnificently restored Palazzetto Bru Zane, (The Centre de musique romantique française) it was music to my ears and the catalyst that awakened my desire to attend this wonderful momentous occasion. It was also an exciting opportunity for me to rediscover Venice!

Venice, known also as La Serenissima is shaped like a fish, 118 small islands spanned by over 400 named bridges and resembles a theatre of stone!

Visually, a masterpiece! From the ancient splendour of Baroque, Byzantine and Moorish influenced Gothic architecture, particularly in the Chiesa’s (churches), the delicate Murano artisan glass chandeliers, the prodigious work of Renaissance artists such as Carpaccio, Titian and Tintoretto, influenced by light and play of light on water (a legacy to European art) to the contemporary Venice Biennale spectacularly captured in 2017 by Lorenzo Quinn’s giant hands of Support at Ca’ Sagredo Hotel.

After viewing the impressive Piazza San Marco and the Rialto, paradoxically, the only way to find Venice is to lose yourself in the labyrinth. You will discover timeless haunts such as Caffè Florian est. 1720, famous for its delicious hot chocolate and where a plethora of artists, musicians and writers; Byron, Verdi, Hemmingway to name a few frequented, the renowned Libreria Acqua Alta bookshop where books are kept safely afloat in a gondola and bathtubs, Hotel Danielli, the location for The Tourist movie and where George Sand stayed, the decorative mask and costume shops Marega and Ca del Sol well as quieter residential areas of Santa Croce and San Polo where the early morning washing hangs from windows to dry.

The Finale, another glorious concert as Interpreti Veneziani play Vivaldi at Chiesa san Vidal near the Accademia bridge. The final fading notes of a cello, fragrance of a nearby oleander, the creaking crowded Grand Canal night vaporetto indelibly etched in my mind.

Venice is compelling, the ultimate lure for the artistic and intrepid traveller!

Reicha Rediscovered is the first in a series released by Chandos; one of the world’s premiere classical record companies , produced by Swiss National Radio and supported by the Palazzetto Bru Zane. Antoine Reicha was a contemporary of Beethoven and many of his compositions unpublished, stored in France’s National Library. / L.I.

LINDA IBBOTSON is a poet, artist and photographer from the UK, currently residing in County Cork, Ireland. Her poetry, artwork and photography has been published internationally including Levure Litteraire, Enchanting Verses Literary Review, Irish Examiner, California Quarterly , Fekt and Live Encounters, also read on radio and performed in France by Irish musician and actor Davog Rynne.

Her painting Cascade featured as the cover of a cd. She writes a poetry and arts blog Contemplating the Muse.

Linda was invited to read at the Abroad Writers Conference in Lismore Castle, Butlers Townhouse, Dublin and Kinsale.