“Even the post political poem is an act of faith.” Martin Espada

The Ruth Lilly Poetry Prize is presented annually to a living US poet whose lifetime accomplishments warrant singular recognition. It is one of the most prestigious awards given to American poets and, with a prize of $100,000, one of the nation’s largest literary prizes. The award is sponsored and administered by the Poetry Foundation, publisher of Poetry magazine, and will be presented to Espada at a ceremony at the Poetry Foundation on Monday, June 11.

“Martín Espada’s work and life tell the real and lived story of America, in which the importance of poems and legal rights go hand in hand,” said Don Share, editor of Poetry magazine. “A tenants’ rights attorney before he became a celebrated and cherished poet, Espada’s passions are as compelling and apt as his precisions—both now more timely than ever.”

Espada was born in Brooklyn, New York, in 1957. He earned a BA in history at the University of Wisconsin–Madison and a JD from Northeastern University. As an attorney, he served as supervisor of Su Clínica Legal, a legal services program for low-income, Spanish-speaking tenants in Chelsea, Massachusetts, outside Boston. As a poet, an essayist, an editor, and a translator, he has dedicated himself to the pursuit of social justice, fighting for the rights of Latino/a communities and reclaiming the historical record from oblivion. His greatest influence is his father, Frank Espada, a community organizer, civil rights activist, and documentary photographer who created the Puerto Rican Diaspora Documentary Project and founded East New York action in the ’60s.

“To receive a lifetime achievement award in the form of the Ruth Lilly Prize is a great honor that causes me to reflect: on my father, as artist and activist, who died four years ago; on Jack Agüeros, the first poet I ever met; on the days I sat outside the courtroom, scribbling poems on legal pads; on the people in the poems I write, Whitman’s ‘numberless unknown heroes equal to the greatest heroes known.’” 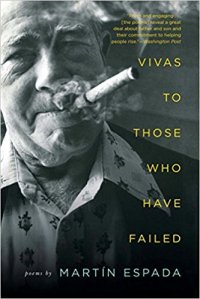 He has received a Shelley Memorial Award, a Robert Creeley Award, a National Hispanic Cultural Center Literary Award, a PEN/Revson Fellowship, and a Guggenheim Fellowship. The Republic of Poetry was a finalist for 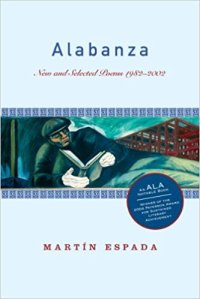 the Pulitzer Prize. The title poem of his collection Alabanza, about 9/11, has been widely anthologized and performed. Collections of Espada’s poems have been published in Puerto Rico, Spain, Chile, France, Germany, England, and Turkey. His book of essays, Zapata’s Disciple (1998), was banned in Tucson as part of a Mexican American studies program outlawed by the state of Arizona and has been issued in a new edition by Northwestern University Press. Espada is a professor of English at the University of Massachusetts Amherst.

The BeZine will hold a virtual 100 Thousand Poets for Change (100TPC) Reading / Music / Art Event 26 September, 2020.
While we have been holding an online virtual 100TPC event for years, this year most other events likely will be online. Read more…